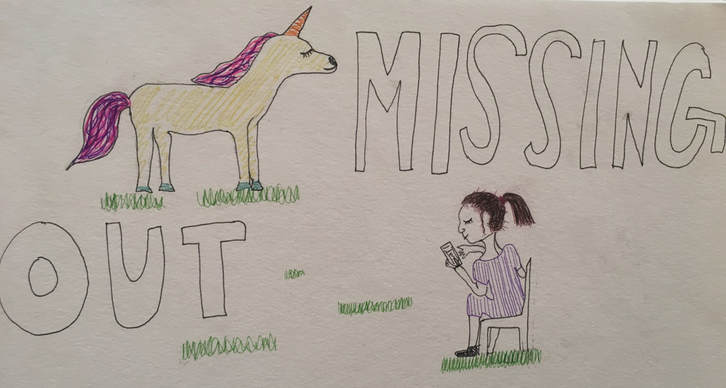 Social Media is Contributing to Teen Suicide
‘Just normal teen angst’ some might say, yet our brains are still growing. Making it easier for teens to develop mental illnesses, addiction problems, insecurities and more. Suicide has been a massive problem, ever since 2007 it has gone off the charts. Supervising our daily use of social media could make us happier and less susceptible to suicide

As  my journey began researching this problem I came across an article about teen girls that have spoken up about what technology has done to them. Many of the girls that have been a part of this article have all seemed depressed.  They said that nobody posts the tough stuff that their life holds. It’s constantly pictures of skinny girls, vacations, happy times they want to share. A lot of these posts have made girls or even boys compare themselves to the famous figures they see on social media. They also have a delusional view on other people's lives. Personally I find myself a lot of times comparing myself to other girls on social media because maybe I'm not as pretty, skinny, spontaneous, or adventurous as them.
Missing out on life, we tend to hear that a lot from parents. But it's real and I feel we need to acknowledge it. Kids are spending to much time on their devices that its taking away human contact. Kids mature and grow dramatically when they have human contact. Emotions, social skills, and maturity. Hiding behind our screens won't do us any good if were are constantly leaving reality to see fake lives of other people. They average teen spends 8-9 hours a day on their devices, that means they are almost always losing hours of their day. Losing hours of thing we could accomplish.  Growing up in colorado it is a necessity to be active and experience the outdoors.Getting outside and observing our world in the present will make the differences we need. Many kids feel they are depressed because they are spending to much time in screens, they are missing out on life. You never do you want to look back on life saying “I missed out”.
Bullying tends to happen a lot more on social media. Cyberbullying began to peak in 2013. It's one way if not the easiest way to send a hurtful or harmful comments without feeling guilt. Adolescents tend to think that saying “it's a joke” or “ I’m kidding”the harm takes away yet you can never tell their emotions while behind their screens. Many people have lost friends from cyber bullying including myself.  A young woman names Trisha Prabhu had created a movement that was to “Rethink before you type” an association where people will think before sending something that's potentially harmful to eliminate cyberbullying.
To conclude, I find that teen suicide seems to have a lot to do with social media whether that's comparing, bullying one another and finding themselves hiding behind screens that’s taking away their time. Many of us have lost a person to suicide especially the teenagers. Only making this problem more prominent.

To Kill A Mocking Bird Reflection

In our socratic seminar I found that we talked a ton about our classes in society, we also discussed a lot  about racism and how it still going on today. I thought that this book refers a lot about racism but I think it's good to be able to talk about how it was and still a problem. The key to this seminar was about how this book To Kill A Mockingbird should not be banned. I felt majority of our seminar was focused on how we African Americans, whether we were talking about the characters, the book, or even just our society today compared to then.

On question I thought was very interesting during the seminar was how has racism changed from then to now. I felt this was interesting because I many way the racism has changed today but we still seem to have problems with it as well. I hear lot of kids joke around in school or outside of school saying “ni**er”. Half of the group had said that either way the word couldn't be acceptable and others found that after our rap culture has carried it on in a less intense manner that it is okay to say “ni**a” rather than “ni**er”. I found it interesting on the different point of views people we coming from.

Personally reading this nook I forgot a ton of it, when I read I seem to always read the page but not actually concentrate on what's going on. I understood most of the book so I felt that I had enough knowledge about the book when we did the seminar. I Also had evidence from the notes I had taken in the book. But overall stepping in this seminar I definitely could have been more organized and prepared, I flunked some of the book and I regret it tons because I absolutely love socratic seminars and if I could have put just a little more effort into reading the rest of the book I could have “dominated” the seminar. Learning from this the next book that is handed to us I will want to finish the book.

The book was bland for the reading i've done in the past. But I still feel like it was really knowledgeable and here and there interesting. It taught me  alot about how it was back then with rape, racism and women discrimination. The Book was also pretty good, it had a suspense but I think it carried on for a little to long then it could have been. Overall though it made me reflect on how our world is now then back then I highly encourage next years freshman to read this book because after my experience of not reading the rest of the book it has definitely impacted me with the seminar. 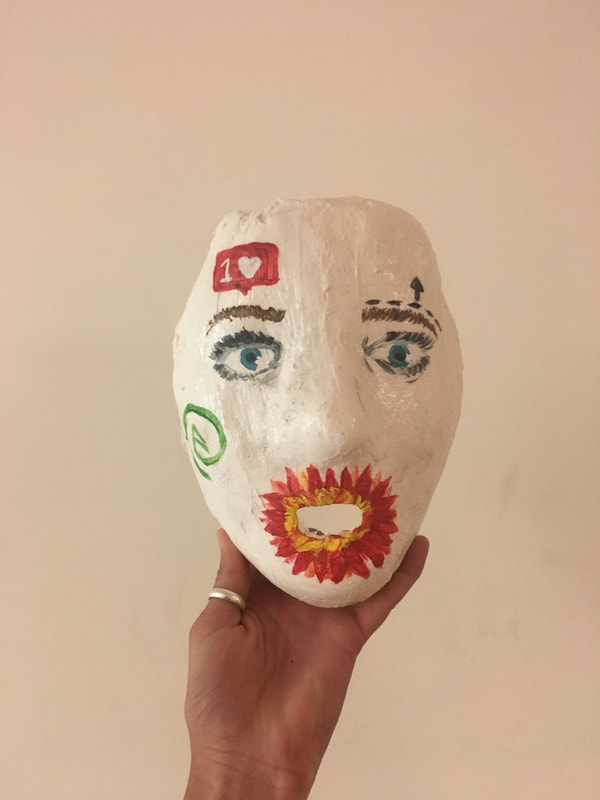 For the mask project we were to find out identity and a lot of that has to do with how we have been socialized. Leading up to the mask project we had assignments that skimmed the surface of what we were about to get into. During the process of opening the world on how we have been socialized we found our values. Stephen had us write down 3 things on how we have grown up that we will value today and for the rest of our lives. My values were adventure, nature, and risk taker. I feel I have grown up in a very outdoorsy family whether that's skiing, hiking, mountain biking, climbing ect. Or even just being outside with friends or family. I found that my values really show how i've grown up and my identity.

Personally to really push myself out of my comfort zone I had to really dig deep down into my flaws and insecurities because I feel a lot of that has to do with how you have been socialized. I found that I am actually really insecure about certain stuff as in religion, sometimes self image. I felt reaching these flaws have actually made me a lot more confident then before this project. During this project I actually found myself not asking Stephen a lot of questions. I didn't need to, I was super interested in how i've been grown up that I was more asking myself questions. I did ask questions on my mask as in Ideas and how to show how i've been socialized through an art piece. My first product of my mask I was not too proud but I advocated to Stephen for an extension so I could make the mask to the best of my abilities because I have always been a very creative kid since I can remember and I wanted to show that.

​Before this project I had never though on how I have grown up and how that's affecting me now and in the future whether that's good or bad. Knowing how i've been socialized has helped me because I know what I want and don't. I'm also a lot more confident now. Mentally and physically. I feel that I know myself more than I did before. I think a lot more like my true self. I felt a lot of times that there is a need to fit in or be the “top dog” but I felt a lot of that went away after this project. I found the true Emma.
​